The challenge: reducing lines and chaos

If you’ve ever been to a high school football game, you know that lines can build up in no time. In fact, the concession lines at Owasso High School in Oklahoma were so long in 2018 that Jeff Harrington — then president of the booster club — thought there had to be some technology out there that could act as a solution, without even knowing of any such apps.

That’s when he came across FanFood. Jeff soon managed to get the entire school board just as excited about introducing FanFood mobile ordering, and the app was used for five games and four playoffs. Fans were able to order from their seats on the phone, while the concession stands received orders on the Manager Portal tablet that FanFood provided. Once the orders are ready, fans would receive a text alert to pick up the food and skip the lines.

“There have been no issues getting everyone to use the system and it’s been really easy,” Jeff said. "Wow, did it cut down the lines!"

To get more people using FanFood and not wait in line, Jeff used a variety of marketing materials such as banners, flyers, seat stickers and more. After the installment of a new video board beside the field, Jeff also started displaying announcements on the screen encouraging people to order on FanFood.

“The food bags with the FanFood logo on them are a great form of advertisement,“ Jeff said. “People would see the bags and get curious, and then everyone started downloading the FanFood app.” (FanFood also has a web view version that doesn’t require app downloads.)

With a convenient mobile ordering solution, fans tend to spend more on FanFood and order more often throughout a game. Data has shown that FanFood has become the preferred method of ordering concessions because fans know they don’t have to wait in line for their food and miss the game.

“FanFood has increased our concession revenue by 20% per game, which for a high school is pretty amazing,” Jeff said.

“For me this is the one of the best parts of FanFood,” Jeff said. “We know exactly how many and when orders are coming through, and scheduling is so much easier when you know when your busiest times usually are.”

Not only are Jeff and his team able to generate more revenue, they are also more informed on the stats of their sales. At the end of the night, FanFood tallies all the numbers for the concession staff, including the number of transactions, the number of each item sold, the busiest times during the game, etc. Whether it’s for a concessionnaire or a volunteer, it’s a quick and easy overview of how well they’ve done during the game and a helpful tool for strategizing for the future.

Working with a supportive team

The FanFood team always makes sure each partner is fully prepared and confident to operate the Manager Portal tablet before their first event. Each venue partner has a dedicated Account Manager, who is very responsive to any additional support required at anytime post-sale.

“The FanFood team is very resourceful, spontaneous and responsive,” Jeff said. “We love FanFood and everyone is just so easy to work with.”

Now whenever Jeff goes to a game hosted by another high school, he’d notice the long concession lines and bring up FanFood to the person-in-charge. Almost every concessionaire would agree that eliminating the long lines should be a bigger priority, Jeff said, but almost all of them aren’t sure how to achieve that.

Jeff has happily become an advocate of FanFood, and strongly believes that the direction in which not only the sports industry, but also high school athletics, is going is: providing a better fan experience powered by innovation and technology. 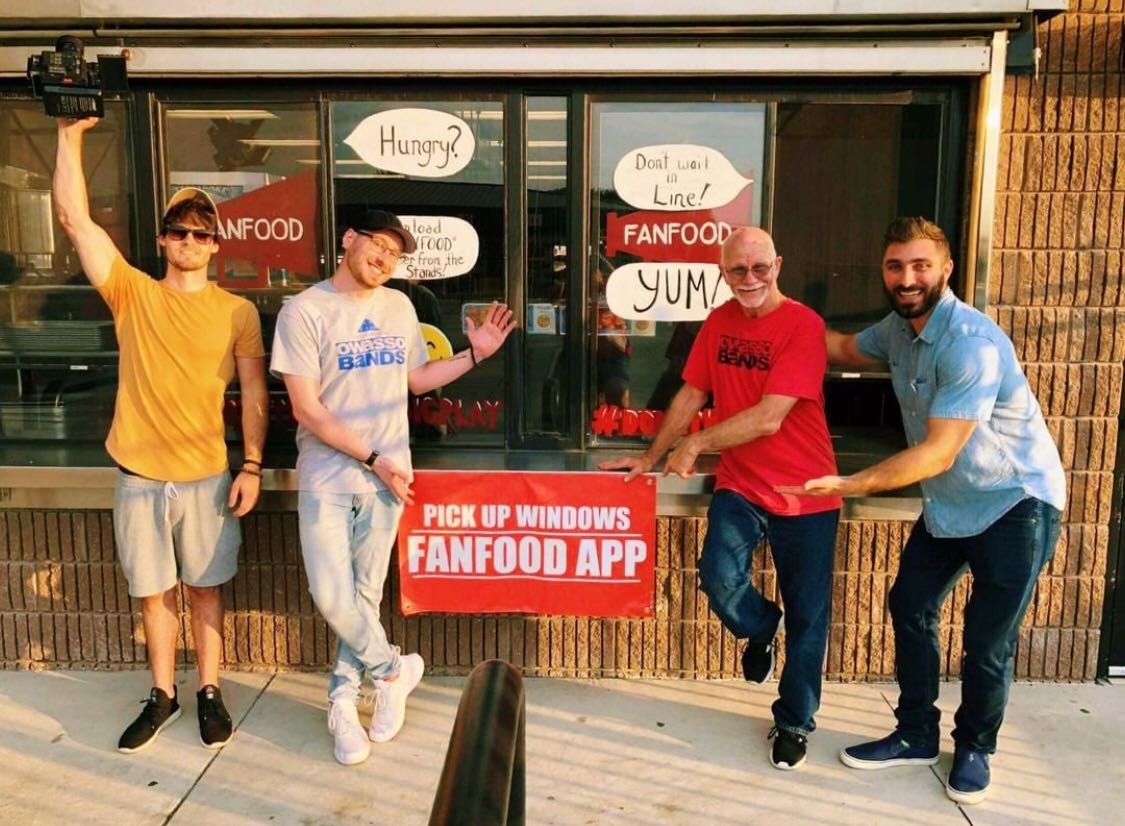 Ready to learn more about FanFood?