Interview with Charles Davis Jr., CEO and Co-Founder of Tailgatehouse on how the tailgating experience is bringing more fans to the game venues.

There are so many great sports rivalries. Red Sox and Yankees. Bears and Packers. Michigan and Ohio State. Millions of fans take in these fierce competitions every year — including those getting a first-hand look and those watching from the comfort of their home.

Believe it or not, it’s led us into a new sports rivalry. One with the fervor and intensity of those previously mentioned — I’m talking about the battle of wrestling the fan away from their 70-inch LED screen and into/around the venue.

Someone very familiar with this is Charles Davis Jr., Founder and CEO of Tailgatehouse. Self-defined as a “pioneer in experiential hospitality solutions,” Tailgatehouse focuses on the activation side of tailgating, expanding upon the straightforward “tents, tables and chairs” setup. Essentially this means that they will partner with a brand — let’s just say Coca-Cola, for example — and will help them connect with a targeted audience by putting on a pregame tailgate in a luxury suite or shipping container, multiple TVs, games, along with food and drink.

In the past, Tailgatehouse has done this with the ultra-popular clothing and accessory retailer, Vineyard Vines. They partnered with them for a tailgate outside of Bryant-Denny Stadium for the 2018 Alabama vs. Mississippi State football game bringing an all-inclusive experience to 200 people.

“That’s more the smaller type of event — less risk than what we did for the Alabama [versus] Georgia National Championship in Atlanta,” explained Charles. “We put together a huge, all-inclusive tailgate where we had over 1,000 people who came out and we charged at the gate to get it in, so it was $75 all-you-can-eat, all-you-can-drink.”

Charles graduated from University of Alabama with a Bachelor’s Degree in Commerce and Business Administration, as well as a Master’s Degree in Finance and Sport Management. An entrepreneur for just a little over 18 months, Charles has been on a mission to create an all-inclusive experience for all fans, whether they eventually enter the stadium or not.

For example, that tailgate at the Alabama vs. Georgia National Championship didn’t stop when the game started. Charles and his team kept it open for the game with 70-foot LED screens to create a pre and post-game experience for the fans. One main reason for that was to keep everyone involved, even for those who didn’t want to pay for the expensive tickets.

No matter how people feel about pricing, they’ll still want to be involved on the gameday in some way. The ultimate goal of venues, after all, is to get people into seats. That’s why venues, or fan experience entrepreneurs like Charles, need to look outside the box and utilize all resources at their disposal. For instance, is there a use for a venue on non-gameday, or on days when the team is playing on the road? It’s one avenue that Tailgatehouse in particular has looked to capitalize on.

“[College football venues] are only filled seven weekends out of the year, so how do you get people on non-gamedays — or if it’s an away game — to the venue?” Charles said.

It’s an area that brands and teams begin to pay more attention to. Take, for example, the St. Louis Blues filling up the Enterprise Center as the team played hundreds of miles away in Boston:

Obviously not every game will measure up to a Stanley Cup-level of intensity, but it’s still a great example of capitalizing on potentially untapped resources.

Something similar went on at Busch Stadium (home of the St. Louis Cardinals) as the Cup Finals progressed:

While the fan experience (and fan expectations) has shifted in the last 10–15 years, Davis Jr. is keeping Tailgatehouse’s eye on the future, specifically in relation to the benefits of virtual reality and data collection.

“I think virtual reality is going to be really interesting and what we’re looking at now is really how can we incorporate technology into what we’ve built? And really, data collection. One out of every three tailgaters never enters the game, so how are properties collecting that data?” Charles told us.

Data collection is the key nowadays. The more a venue understands its fans, the clearer the answer is to the question “How can increase my attendance?” At Tailgatehouse, fans would sign up on an iPad or tablet for a chance to win an experience with a former athlete.

“I think it’s using technology to be able to: One, enhance the experience with VR; but then two, I see it really being the data collection side and doing giveaways and other similar type of activations for brands,” According to Charles.

When you quit your job with $72 to your name and start a company, as Charles did, you’d better adapt to however the trend is changing and however your customers’ demand is shifting —in whatever way necessary. 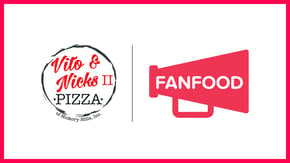 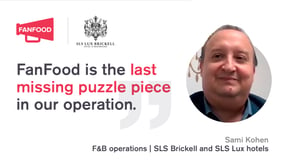