Interview with David Levey, Director of Food and Beverage at Durham Bulls

“I view the future of placing orders as this: Fans can place them whenever they want, not have to wait in line, and get it delivered if they want to.”

That’s how Dave Levey, Director of Food and Beverage at Durham Bulls, envisions concession ordering at sporting events in the near future. And that’s why he picked FanFood to help Durham Bulls bring that vision to life.

After coming across articles about mobile ordering solutions and reading about FanFood, Dave decided to give the app a try. Like many Minor League Baseball ballparks, Durham Bulls sometimes experience extra long concession lines on popular nights, which greatly discounts the fan experience. And the possibility of faster service and easier concession management was an attractive enough idea for Dave to jump on board.

While the Bulls were founded in 1902, Durham Bulls Athletic Park officially opened in 1995. In 1998, the franchise was converted to Triple-A and joined the International League. As a result, the arena underwent infrastructure renovations and many more seats were added to the stadium. The crowds got bigger, and the stadium started rolling out strategic concession promotions for a better fan experience: every Thursday the fans are offered “$1 concession nights”, whereby a variety of items are available for only a dollar.

The downside? Concession lines started to build up.

“I wanted to be able to offer an alternative to place your order at your seat for pickup: You can get out of the long line, go off to grab your beer or go to the restroom. Then you’ll get a notice and come grab your food,” Dave said.

When FanFood was first adopted at Durham Bulls, Dave said the main goal was allowing people to skip the lines with the express pick-up option, rather than offering in-seat delivery services. And FanFood achieved exactly that. During peak nights, fans had the alternative to order on their phones and that was a huge relief for the concessionaires overwhelmed by the amount of orders. As expected, the popular Thursday one-dollar concession nights became less hectic, as FanFood takes the pressure off the lines and allows fans to wait less for their food.

Now that concession ordering is made more convenient, Durham Bulls fans are placing bigger and more frequent orders — and they know that it won’t take more than a few clicks of a button. In fact, concession revenue per person has tripled if fans are ordering with FanFood. Encouraged by potentially a huge increase in revenue, Dave and his team have since implemented in-seat delivery starting last summer. This initiative has really helped mobile ordering take off within the stadium. Especially when bad weathers hit, delivery becomes a very popular option as fans just don’t feel like leaving their seats. Dave said that his goal this year is to further develop the in-seat delivery team.

Durham Bulls fans on average watch only three games per season, which means at any one game, over 60% of the fans would be first-timers of that season. That means at any given game, the vast majority of orders would be by new customers who are using FanFood for the first time. However, by looking at the order data after each game, Dave has found that since the implementation of FanFood, the percentage of returning fans has increased.

“That’s telling me that we have found the right system and conveyed it to the fans, and now they are returning to use it again and again,” Dave said.

The most effective promotion, as discovered by Dave, to get fans to download the app has been seat stickers. Every other seat in the ballpark has a QR code for downloading FanFood, which made it easy for fans scan and get the app. Once fans open the app, they’d realize that using the app is pretty much a no-brainer.

“If you look at the trend…everyone has an app and everyone is ordering [from restaurants],” Dave said. “And the customers have already been trained to use an ordering app [like FanFood] at a ballpark.”

Mobile ordering has become such a prevalent trend within the food & beverage industry that whether it’s a customer’s first or 20th time using the app, they know the drill: place the order, grab the bag with your name on it and go.

“Because that’s how it works at other places, there’s no reason it doesn’t work at a ballpark the exact same way,” Dave says.

While Dave still needs to wait and collect more data before he can conclusively say what percentage has FanFood increased his overall revenue by, he’s already taking steps to better integrate the technology with his staff and the structure of the stadium to make the concession operations even more seamless for the Durham Bulls fans.

“I want to take a step forward; I definitely want to [use FanFood] and make [concession sales] better,” Dave said. “It’s something I keep wanting to push, and I tell people it’s worth giving it a try.” 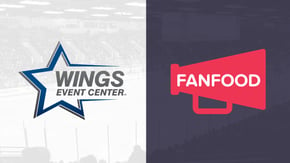 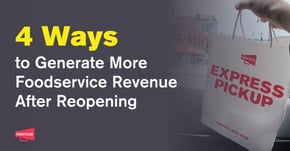 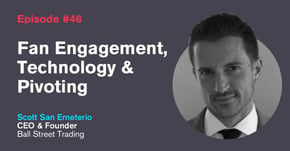