The story of Boxcar Betty’s.

You may describe Boxcar Betty’s as a Chick-fil-A with better taste, no politics, and no closed sign on Sunday’s. The idea was born when owner Ian MacBryde decided he wanted to provide Charleston, SC with a fundamental flare it had previously been missing — a classy fried chicken sandwich. To bring his vision to fruition, MacBryde joined forces with one of his previous industry coworkers, Roth Scott. The duo opened their first Boxcar Betty’s location in 2014 which quickly earned the reputation as Charleston’s go-to spot for gourmet fried chicken.

They went on to open three more stores in South Carolina before taking their business northbound to Chicago. The upward expansion was set into motion when former Potbelly Sandwich Shop executive, Abbott Smith, caught wind of the concept. In the spring of 2018, Smith opened the city’s first Boxcar Betty’s on the second floor of the Ogilvie Trainstation. In replacing an old Eastman Egg Company, he knew catering to morning commuters would be imperative, thus explaining the launch of the buttermilk biscuit sandwiches.

In a 2014 interview with the Charleston Paper, MacBryde unpacked the brand’s underlying railroad theme, stating “Some sandwiches are named after railroads like the Boxcar, and there’s a certain level of industrial feel to the restaurant with corrugated metal and some design elements that incorporate that. But it’s not in your face — there isn’t a train circling on the roof.” Boxcar Betty’s focus on simplicity can be seen in more than just their decor. Their limited menu, consisting of only three sandwiches, further reinforces the “going back to basics” feel.

The Boxcar is served with pimento cheese and peach slaw, the Buffalo Chicken with not-too-hot buffalo sauce and blue cheese, and the “Not So Waffle” is topped with maple bacon sauce and their legendary bacon jam. In July of this year, the chain also added grilled chicken to their menu, providing patrons with a gluten-free alternative. All of their chicken is brined overnight and is made from cage-free, antibiotic-free, and locally sourced meat. MacBryde and Scott did not forget about their vegetarian customers when crafting this delectable spread, adding the option to swap the fried chicken for stuffed portobello caps. 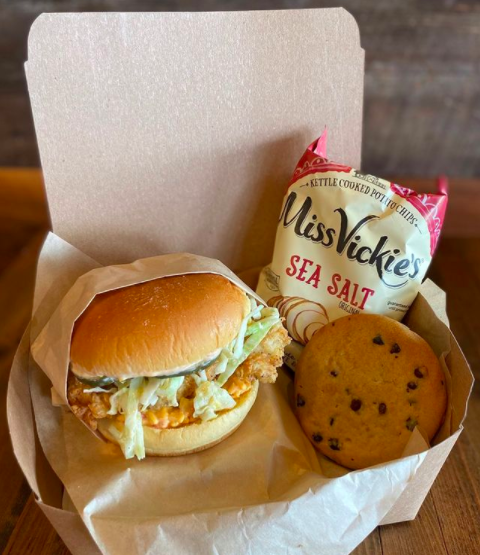 With Chicago being home to some of the largest corporations, Boxcar Betty’s strategically expanded their menu as a means to capitalize off the city’s ever-growing need for catering. Some of these developments include a Build-Your-Own Sandwich Bar, Party Platters, and even Boxed Lunches. Additionally, they acknowledge the fast-paced nature of Chicago professionals and only require a 24-hour notice for all catering, a perk that is not commonly seen.

After the 2018 grand-opening, Smith disclosed that he planned to open more locations throughout the Chicagoland area. Until he does such, and if you are not located near Ogilvie, there are a slew of other ways in which you can experience this iconic fried chicken.  In conjunction to their partnerships with many food-delivery services like DoorDash and GrubHub, the restaurant has also connected with the FanFood initiative, BuildingEats, to allow local tenants to explore their food via group ordering. This alliance supports the “pay-it-forward” movement and donates one meal to a local food pantry for every order placed through the FanFood platform. 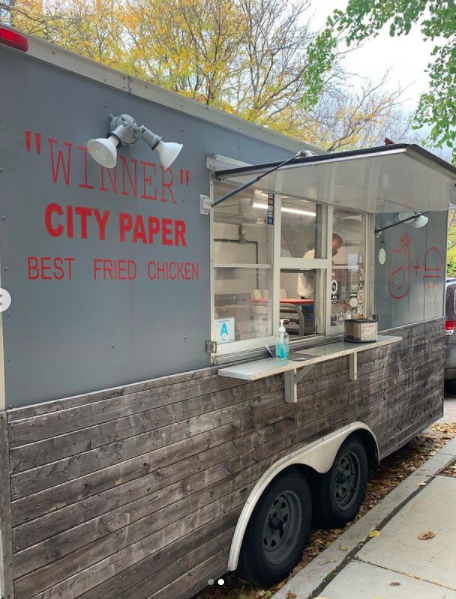 In a society obsessed with low-calorie and keto-friendly dining, Boxcar Betty’s blazes their own trail and sticks to what they know: deeply classic southern-comfort cooking.