Why do fans go to live sports events?

You probably have your own answer for that. But the actual reason, as said by the fans themselves, may be slightly more complicated.

The key word here is “release”. 89% of the fans say being able to release themselves at live sports events is the most important reason why they show up. In fact, the importance of release to the fans nearly doubles that of a sense of belonging to a particular team. As a result, 76% of the fans rate general excitement and atmosphere as the biggest contributor to an overall A+ fan experience, exceeding the percentage of fans who rates sports as the №1 factor (surprisingly or not, that’s only 52% of the fans).

It’s the fan experience, not just sports, that drives your fans to your venue in the first place.

Especially with the onset of live streaming and live social media updates, fans can get access to sports anywhere and anytime they want. Stadiums seem to be losing their competitive edge and the numbers are confirming this. Washington Redskins has seen their attendance drop by 25% over two years; MLB’s attendance went down by 4% within just one season; in contrast, TV viewership of the Superbowl went up from 86M to 114M over the past decade. Viewing sports at home is considered the top threat to professional sports attendance.

That X factor of live event venues, is the fan experience. Increasingly, stadiums are realizing that it’s no longer enough to rely on the star power of pro teams and the frenzy of sports fans.

What ruins the fan experience?

It may seem strange that we are starting with what ruins the fan experience first, but please bear with us —we also include tips on how you can combat them at your venue.

It doesn’t matter whether you are at a live event or your local grocery checkout counter, nobody likes waiting in lines. More specifically, fans are especially frustrated with inefficient traffic flow management and long concession ordering lines. FanFood has conducted a survey that found 74% of sports fans want a concession ordering app to shorten the lines, and in a study by the University of Florida, 42.5% of fans want better parking facilities to speed up the traffic flow.

This is understandable, considering that people are at these live event venues to “release” themselves and experience that excitement and atmosphere. Waiting extra minutes and sometimes even hours probably isn’t part of that desirable atmosphere.

(Oh, and if you don’t know yet, here at FanFood we specialize in cutting down concession lines. In fact, that’s what our partners told us: “Wow did it [FanFood] cut down lines!”)

Another prohibitive factor that keeps fans away from attending sports games is the cost, which goes way beyond just the ticket price. Think about the cost of food, parking, merchandise, a couple of beers….Expenses do add up.

That probably explains why 38.3% of fans want better concession pricingand 13% show up just for promotions, giveaways and brand-sponsored events.

We understand that pricing isn’t something one can just reduce overnight. Stadium operation is costly, and curating the perfect fan experience does require lots of resources and manpower. However, technology and data have enabled some stadiums to better price their products and services and reap the most revenue.

For example, the NFL New England Patriots franchise uses data about their season ticket holders to make business decisions that impact fan experience, including how to set ticket prices based on the spending behaviors, tastes and preferences and demographics of their fans. This data allows them to understand their fans thoroughly and build long-term loyalty.

Adopting technology such as concession ordering apps and ticketing apps not only expedites the service speed, but also gathers the invaluable data that enables you to understand your fans better, and therefore price your services accordingly. If you want to learn more, here’s a Forbes article that recommends the collection of three data types: transaction data, social media data and fan profile data.

Under this umbrella, there are issues such as the quality and location of the screen, size and quality of the seating, and management of rowdy / drunken fans, among many others. It’s definitely a daunting — and super expensive task — trying to give a stadium a complete facelift and upgrade the infrastructure. Still, the race to upgrade and digitize is picking up, and many venues are not hesitating to invest in improving the viewing experience.

Atlanta’s Mercedes-Benz Stadium made big news this year by amplifying the fan experience with an infrastructure upgrade (and now some say they are the best sports stadium in America). Some of the measures they took to improve the viewing experience included having the largest video board in the world (it’s a 58-foot-tall HD video board that towers the field and gives fans 360-degree coverage of the game, as well as player stats, referee decisions and other play-by-play action); a retractable glass roof that allows the sunlight to shine through the stadium; wider concourses, more escalators and two skybridges for easier navigation inside the stadium; and social gathering place of a 100,000-square foot tailgating lot.

Of course, it’s probably unrealistic for all venues to make huge investments like this on a whim. But if you can afford to make fans’ viewing experience even a little bit better, it’s probably worth the effort.

What makes for good fan experience?

As we’ve mentioned earlier, fans attend live events for the opportunity to release themselves — be it from stress at work, responsibilities in their families or the banality of a routine life, being part of the live sports scene offers a chance to escape.

And that means the better you are at providing your fans with an exciting, adrenaline-fueled, and undistracted gameday experience, the higher your chances are at cultivating a loyal fan base that keeps wanting to come back. Granted, there are always factors that are out of control. Sometimes it’s the weather, other times the teams just aren’t at their best. However, stadiums are still adopting, evolving, and sometimes disrupting how stadium operations are done.

Besides “release”, fans also indicate that they come to live events for “a sense of belonging”. That’s not just belonging to a particular sports team or feeling connected to other like-minded fans, but also belonging to the social group that they come with. Think back of the last sports game you’ve been to. Do you remember the score? A pass play? A foul? Or do you remember who you were with? Was it your friends? Your significant other? Your kids?

Most likely you remember the time and memories with those around you, and not the score (unless, of course, it was a very impressive one). The experience of live sports is enhanced tremendously when you are spending meaningful time with people you care about. If venues successfully figure out how their fans can spend the most quality time with their loved ones on gameday, they are one big step closer to nailing the most memorable fan experience.

Curious to know what other reasons bring fans to a live event? 22% of the fans say they want the ability to say that they were there, and 19% say they hope to see something significant or historical happen live. Guess the star power of a pro team doesn’t hurt after all! 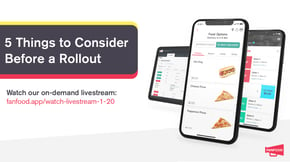 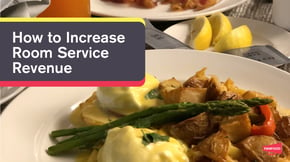 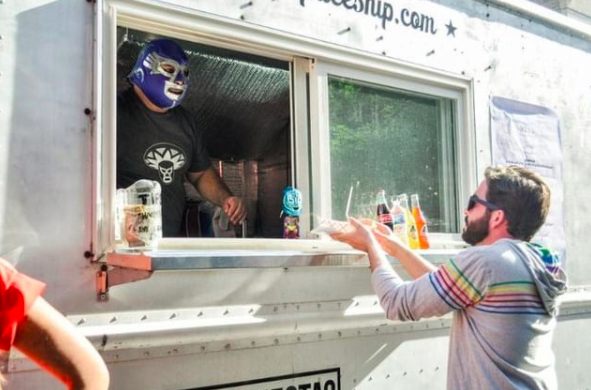 Partner Feature #MeetTheChef: Tamales With a Twist
Write a comment